“It all started with fire”, indeed! Behind Her Eyes is a Psychological thriller that gets your mind burning what it is really all about. This Netflix series will keep you wondering the first 5 episodes who is really at fault of the drama and the crime at hand. There are four characters, David, Adele, Louise and Rob whos lives have been intertwined by love, murder, lies and something supernatural. The supernatural part was such an uncalled for twist about the story.

Behind Her Eyes would give an initial impression that it is just a simple Psychological story about a cheating husband, a cracked head wife, a friendly mistress and one literally crazy dude who befriended the wife. This series would make you realize how far a desperate person can delve into an extraordinary crime just to have a better life, and a stolen one, at that.

Adele was a heiress to her parents fortune after they perished in a fire. Adele was traumatized and was admitted in a rehab where she met and befriended Rob. When she was free, she married her sweetheart and savior from the fire, David. It was but my initial guess in the first part of the series that something is really wrong about her. She appears too innocent and weird. She tried to paint a picture of David to be the one I should be looking more closely but I could not shake off the weirdness about her. She’s undoubtedly beautiful, rich and whoa—an expert of Astral Projection!

Louise: The Friendly and Overinvolved Mistress

She was David’s Mistress and Adele’s friend.  She is also one good example about the statement “knowing so little is dangerous”. She jumped into her own conclusion without truly knowing all the angles. She first subjected David to be at fault and ended their affairs when she believed all of Adele’s stories about her husband. When she finally realized the truth, she tried playing the hero but only ended to an unfortunate fate. I actually find her character to be annoying because of her habit to immediately get into action without pausing to try to think things through.

David: The Cheating Husband and the Victim

David, Adele’s husband who is a prisoner of a blackmail which turned out to be a more deeper secret he has no knowledge about. He was turned and twisted about an elaborate lie. He thinks he has found his new happiness and freedom in the last episode of the first season which is unfortunately untrue. I can just presume how he would find his new life to be more confusing day by day, something to looked forward to in Season 2.

Rob: The Crazy Dude Who Ended To Have It All

Rob was also a patient in the rehabilitation center where Adelle went. He was established to be gay subtlety. Adele taught him her astral projection ability and he became an expert too. He even stretched his ability and it became instrumental to steal Adele’s life and later Louise’s too. He succeeded so far and it is apparent now how hard it would be for David to figure out what is really going on.

So much for the usual Psychological thrillers! Behind Her Eyes will bring you to a new horizon with its unique story. Let’s keep following where all this craziness is going! 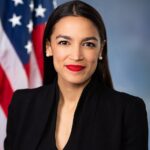 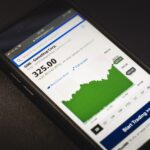