Wrestlemania is around the corner and the blaze is all set to make that show hit!

Last night was special for fans, WWE hosted the Elimination Chamber 2021 pay-per-view show, which had a stunning end!

The show that was organized at Tropicana Field in St. Petersburg, Florida witnessed not one but two Elimination Chamber matches with the prime title of both Raw & Smackdown.

Daniel Bryan acquired the Blue brand’s chamber match which made him move for his next match with Roman Reigns which was set to happen in the same event.

It was a big disappointment to see Bryan and Roman fighting for a short span. Reign didn’t do much when it comes to defeating Daniel Bryan.

But the audience got shocked when Edge entered the chamber and gave his spear to Reign.

The winner of the Men’s 2021 Royal Rumble Edge challenged Reign for a Title match at Wrestlemania 37. These two legends have never been in a one-on-one match and it will be for the first time when these two will compete at WWE Mega Event.

On the other hand, WWE Champion Drew McIntyre successfully defended his title in the Red Brand’s chamber match. However, what happened after that was unbelievable!

While McIntyre was busy celebrating his victory in the end. Bobby Lashley ambushed the champion, destroyed him outside the ring and then left him hurt in the ring.

Then, the music played and who did we see? It was Miz furiously approaching the ring, taking the advantage of a hurt McIntyre. The American wrestler Miz cashed in his Money in the Bank contract and delivered his skull-crushing finale to pin the champion – Drew McIntyre.

After nearly a decade, Miz came back on top and now holding the Title of New WWE Champion at the end of Elimination Chamber 2021. 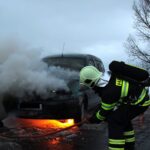