Last week, legendary golfer Tiger Woods was involved in a car crash in the Los Angeles area. He didn’t go through any life-threatening injuries, however had complex surgeries on both of his legs. Woods is still hospitalized and recovering from the accident.
Yesterday, golfers competing in the Puerto Rico Open, decided to honor TW by wearing his signature red polo during the competition.

“It is hard to explain how touching today was when I turned on the TV and saw all the red shirts. To every golfer and every fan, you are truly helping me through this tough time.” This was Woods’s comment yesterday upon seeing the support shown to him from the golf community.
Collin Morikawa, who won his fourth PGA Tour event, decided to thank Tiger Woods in an interview after his victory.

After losing four games in a row, the Los Angeles Lakers are back to their winning ways after a blowout victory against the Golden State Warriors. LeBron James’s team won 117 to 91, despite the All-Star playing only 24 minutes.

This is the second straight win for the Lakers, after signing Damian Jones, who left last night’s game with a back strain.
Dennis Schroeder was key for the victory against the team from the Bay Area and he finished the night with 22 points, 3 rebounds, and 2 assists.

The Milwaukee Bucks edged a narrow win over the Los Angeles Clippers, finishing the game with 105 to 100.
Giannis Antetokounmpo was the star of the show, almost ending his night with a triple-double. The Greek Freak scored 36 points, grabbed 14 rebounds, and dished out 5 assists. He also scored the clutch dunk that sealed the game for his team.

After getting into a losing streak at the beginning of February, the Bucks are now back on the winning path. This is the fifth straight win for the team from Milwaukee, who is back in contention for the first seed in the East.

Baseball is back, as MLB celebrates Black History Month

Baseball is back and the league decided to honor Black History Month. The MLB took a decision to merge art and the sport of baseball and celebrate the careers of legendary Black players.

10 artists were involved in the creation of images that have the intention to showcase “the past and current game-changers in baseball,” said Barbara McHugh, MLB’s senior vice president of marketing. 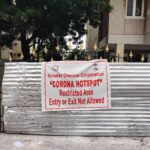 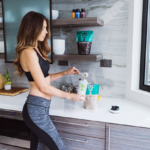