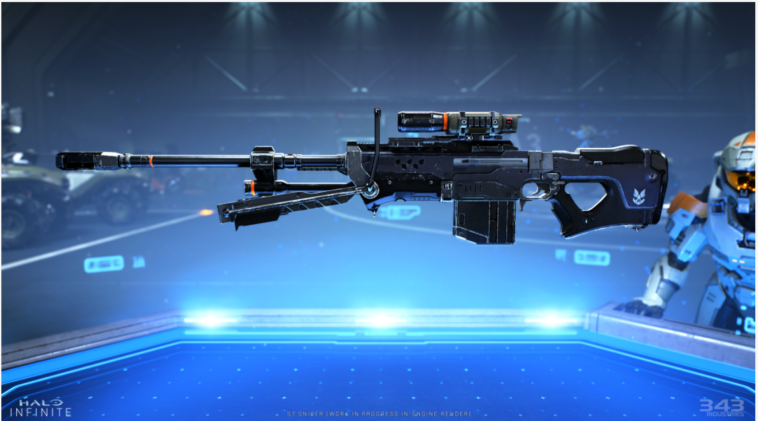 Halo Infinite is set to release in the third or fourth quarter of 2021. It is a first-person shooter game, which is the sixth main installment of the Halo game series and also the fourteenth Halo game from the franchise. This upcoming game is developed by 343 Industries and published by the Xbox Game Studios for multiple platforms including Microsoft Windows, Xbox One, and Xbox Series X/S.

Artist Nicolas Bouvier with Composers Curtis Schweitzer, Gareth Coker, and Joel Corelitz work on this installment of the Halo series, which supports both a Single-player mode and Multiplayer mode. Halo Infinite was originally planned to be released with the Xbox Series X/S on November 20th, 2020. But it first got delayed to August 2020 and ultimately further delayed to late 2021.

According to information revealed by Microsoft, the story picks up from Halo 5: Guardians and follows the Master Chief, who now makes a return in Halo Infinite in the third chapter of the “Reclaimer Saga” as he embarks on “his greatest adventure yet to save humanity”.  The storyline of Halo Infinite is said to be “much more human”, with the spotlight more on Master Chief, as he plays a more central role in this installment as opposed to its predecessor.

The E3 2018 trailer also revealed that the storyline will be set on a Halo ring, which had mysteriously suffered a considerable amount of damage. It also previewed the design of Master Chief’s MJOLNIR armor, which seemed to be a return to the original designs from Halo 2 and Halo 3.

The antagonists for the game are teased to be the “Banished”, a violent mercenary group that had seemingly splintered off of the former Covenant alien alliance, originally seen first in Halo Wars 2.

Inside Halo Infinite is best described by Creative Director Joseph Staten as “This was the Halo we imagined back in 2000, finally come to life, after 20 years of technical and creative innovation.” Alongside the teams on Art, Graphics, and Player Customization, they hope to bring players their best Halo experience yet.

In this legendary return of the Halo series, all hope for humanity is seemingly lost and their fate hangs in the balance by the thinnest of threads. Master Chief prepares to confront the most ruthless enemies he had ever faced as players begin anew, stepping inside the armor of humanity’s greatest hero. The time is to experience a new epic adventure and explore the scale of the Halo ring itself is almost upon fans.

The game’s rating is still currently pending, but will most likely be inappropriate for children and be rated “M” Mature 17+ including Blood, Gore, Violence and Harsh language.