Beyoncé won four Grammys at the 63rd Grammy Awards on Sunday (March 14), bringing her number to 28 for her career. This places her in a tie with Quincy Jones for the most Grammys received by a living individual and ahead of Alison Krauss (27 Grammys) for the most by a woman (or vocalist of any gender). Queen Bey is the only one to have won more Grammys than the late classical conductor George Solti who won 31 Grammys.

However, critics would point out that Beyoncé was once again overlooked in the “Big Four” categories, having album, record, and song of the year, as well as best new artist. After all this time, her only “Big Four” win is a song of the year, which she won 11 years ago for “Single Ladies (Put a Ring on It).”

For “Brown Skin Girl,” Beyoncé won best music video for the second time. She won in that category for the first time four years ago with her song “Formation.” WizKid and Blue Ivy Carter, Beyonce and Jay-Z’s nine-year-old daughter, also received awards. Following eight-year-old Leah Peasall, Blue Ivy is the second-youngest Grammy holder in history (who, with her sisters, was featured on the O Brother, Where Art Thou soundtrack).

Women had a strong showing at the Grammys this year. Taylor Swift won album of the year, record of the year (Billie Eilish), and best new artist (all for female artists) (Megan Thee Stallion). Also, two of the three authors of the winning song of the year, “I Can’t Breathe,” are female.

Folklore, by Taylor Swift, was named album of the year. It’s her third triumph in the competition. She’s only the fourth singer – and the first woman – to win album of the year three times at the Grammys. Frank Sinatra, Paul Simon (including a Simon & Garfunkel album), and Stevie Wonder are her musical idols.

With “Everything I Wanted,” Eilish won record of the year for the second year back to back. This year, she took home the award for “Bad Guy.” Eilish is only the third artist in Grammy history to win the top award back to back for two years in the same category. Roberta Flack (“The First Time Ever I Saw Your Face” and “Killing Me Softly With His Song”) and U2 (“Beautiful Day” and “Walk On”) are her musical influences.

Beyoncé “I Can’t Breathe” by H.E.R. was an unexpected recipient

The track “I Can’t Breathe” by H.E.R. was an unexpected recipient for song of the year. The recipient in that category has been a statement for the second time on race relations in the United States in three years. The song “This Is America” by Childish Gambino won two years ago. Beyoncé’s “The Black Parade” was beaten by “I Can’t Breathe,” another album on ethnicity. Despite being entered in the genre, “I Can’t Breathe” was not nominated for best R&B song. Dernst Emile II and Tiara Thomas are H.E.R.’s co-winners for song of the year.

On the night, Megan Thee Stallion and traditional producer/engineer David Frost each took home three Grammys. Megan has become the first female rapper to win best new artist in 22 years, after Lauryn Hill. Since jazz star Esperanza Spalding 10 years ago, she is the first Black woman from any genre to win in the category.

Harry Styles won his first Grammy for “Watermelon Sugar,” which won best pop solo performance, whether he was a part of One Direction or not. Doja Cat, Billie Eilish, Dua Lipa, and Taylor Swift are among the nominees for sexy smash beat record and/or song of the year. Styles’ camp chose to join his other major hit from last year, “Adore You,” instead of “Watermelon Sugar” in one of those marquee groups. The fact that “Watermelon Sugar” won here indicates that they could not have chosen Styles’ toughest competitor in the top categories.

For the first time, all-female groups took the awards for best pop duo/group performance and best rap performance, respectively. The music pop award went to Lady Gaga and Ariana Grande for their song “Rain on Me.” The rap award went to Meghan Thee Stallion and Beyoncé for their song “Savage.” These were two of four all-female collaborations to hit the top of the Billboard Hot 100 in 2020. With “10,000 Hours,” their hit collaboration with Justin Bieber, Dan + Shay won best country duo/group performance for the third year in a row. This is Bieber’s second Grammy, and it’s for “Where Are Ü Now,” a collaboration with Skrillex and Diplo as Jack Ü, in a category somewhat distinct from his first best dance recording. Bieber is the first singer to win Grammys in both the dance and country categories. Dan + Shay have won in this category the past two years with their songs “Tequila” and “Speechless.” This is their third win, tying them for the most in the category with Little Big Town. 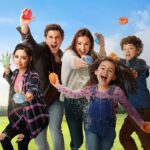