The most anticipated game titles of each year aren’t just the sequels. There are new stand-alone games released every year and fans ascertain how promising they seem to be via trailers and all the companies involved in the making.

Deathloop is one such upcoming gaming title. It is an action-adventure game developed by Arkane Studios and published by Bethesda Softworks. The release date has been announced for the 21st of May 2021.

Director Dinga Bakaba and Artist Sébastien Mitton are the key personalities working on Deathloop as of now. The game will be exclusively released for the PlayStation5 under a one-year console exclusivity deal and additionally for Microsoft Windows (PC). This game will feature both a single player mode and multiplayer mode.

Players enter the game to play out the role of Colt, an assassin that is stuck in a time loop. He wakes up on a beach at the Blackreef island, an island which served as a former army base where strange experiments had once occurred. The residents of the island however have invested in the location and have gathered on this night to hold a celebration that seems to have no end. At the end of each of these nights, the island itself resets to the beginning of the party in the time loop. All the partygoers, due to the reset retain no memories from the previous night and are oblivious to the time loop. They seem to have no care in the world as they celebrate into the night and wake up at the start of the next loop. Colt, however, retains his memories from all the loops and comes to learn the behaviours and patterns of all the party attendees.

Colt has the mission of taking out eight targets on the island before midnight. If he doesn’t eliminate them all, the time loop will continue and reset all his previous work. Another restriction is that if he dies before taking out all targets, the loop once again resets. Deathloop’s time loop is not strictly timed and gives players more time and freedom to achieve their target. Players must strategically use stealth, parkour and attack skills to traverse the game world, avoid and take out guards, learn the behavioural patterns of the targets and to figure out the perfect time to eliminate them is using a myriad of methods like guns, melee attacks or other environmental means.

Multiplayer mode features an agent named Julianna, whose mission is to protect the time loop and eliminate Colt. This allows players to randomly invade another player’s game and interfere with their work. This choice is optional though and can be disabled. They can simply leave this role to a computer-controlled opponent attempting to try and stop Colt.

Director Dinga Bakaba describes Deathloop as an “inverted Cluedo”, a kind of murder puzzle that the players needs to figure out how to solve in one perfect run, following many trial and error runs. The developers are trying to aid the player in learning the necessary pieces to this puzzle with each and every run. But to keep the game fun and challenging, they added a level of unpredictability to it. This is achieved mainly by the online multiplayer mode featuring Julianne.

Gear up to get trapped in the time loop and achieve that one perfect run of the game after many trials and errors. But beware, Julianne is bound to appear at random times and keep the game fresh and challenging! 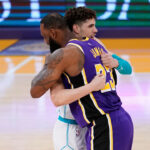 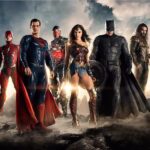