Lakers lose without James and Davis in the line-up, Zion keeps breaking records

After losing both LeBron James and Anthony Davis to injury, the Los Angeles Lakers lost to the New Orleans Pelicans last night.
This makes it the third straight loss for the team from LA, who are looking ahead to a tough stretch without their two superstars.
The Pelicans, on the other hand, have won 4 out of their last 6 games and one could say they’re in decent shape.

In the match last night, we saw great performances from the two budding stars of the team – Zion Williamson and Brandon Ingram. Last year’s Rookie of the Year scored 27 points, with 9 rebounds and 5 assists. With this game, Williamson joins Shaq as the only player to have scored 20+ points while shooting at least 50% from the field in 20 consecutive games. He also passes LeBron James and Luka Doncic for most consecutive 20-point games before turning 21.

In another blockbuster game, the Suns defeated the Miami Heat, 110 – 100. With this, Phoenix marks their 7th straight road win and cement their second plays in the West.

Once again, Devin Booker was one of the key players for his team. The All-Star guard scored 23 points, got 5 rebounds and 3 assists. The Suns’ center DeAndre Ayton finished the night with a double-double, scoring 19 points and grabbing 16 assists.

For the Heat, this marks their fourth straight loss. Miami have now fallen into the 7th seed in the East and they will need to get going again to have a chance at qualifying for the playoffs.
Jimmy Butler gave his team a double-double last night with 14 points and 11 assists, but unfortunately, that wasn’t enough to get the W.

No wins for the Warriors without Curry

The last couple of weeks have marked a tough stretch for the Golden State Warriors, as well. The team from the Bay area has won only 3 of their last 10 games. Last night, they lost again to the Philadelphia 76ers, 108 to 98.

Now, things are looking to get even harder with the injury of All-Star guard Stephen Curry. Number 30 is expected to miss one more week due to an inflammation in the tailbone. Without Curry on the team, the records have won only 1 of 4 games.

Meanwhile, things are looking great for Philly. The 76ers are on a great winning run and have lost only one out of their last 10 games.
Currently, they sit at the first seed in the West, however, they lead Brooklyn by only one victory.

No Kyrie, no KD – no problem for James Harden

In the final game of the night, the Brooklyn Nets won against the Portland Trail Blazers, 116 to 112. It was a competitive game but, in the end, James Harden managed to win it all for New York.
For “The Beard” this was his first win as a solo superstar for the Nets, as both Kyrie Irving and Kevin Durant were missing from the line-up.

Number 13 put on a terrific performance, getting 25 points, 7 rebounds, and 17 assists, as he dominated the floor. With so many great performances, I think it’s safe to say that James Harden is now most definitely in the conversation for league MVP.

Brooklyn are now the second seed in the East, only one game behind Philadelphia, and are looking to become even more dominant once Durant and Irving return and Blake Griffin gets accustomed to life as a Brooklyn Net. 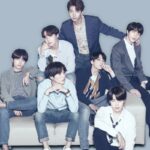