History for the UConn Huskies

This is a game that could have been the March Madness final.
UConn is headed to their 13th consecutive appearance in the NCAA’s final four. The Huskies defeated Baylor, 69-67 in a game that kept us all on our toes until the very end.
UConn’s historic run was however at least a bit tainted by the controversial no-call that happened at the end of the match.

As Baylor was trailing by 1 point, with 5 seconds left, guard DiJonai Carrington appeared to be fouled by two players of the opposing team, as she was going up to shoot. However, the refrees didn’t call a foul and the Huskies got the ball back, which was enough for them to secure the victory.

UConn’s win was largely fueled by freshman Paige Bueckers’ 28 points game. She was also the person who made the key defensive stop at the end of the game.

The basketball world on the controversial no-call

After the game, the basketball world got on Twitter to comment on the incredible game and the controversial no-call at the end of it.
NBA star LeBron James tweeted:

His opinion was shared by a plethora of WNBA stars, including Skylar Diggins-Smith.

When asked to comment on the situation, Baylor’s coach Kim Mulkey got a bit snappy:
“What did you see? Then write it like that. You don’t need a quote from me. I’ve got still shots and video from two angles. One kid hits her in the face and another hits her on the elbow”.

We can all understand the frustration she was feeling at that moment, especially since this isn’t the first time that the coach has been on the receiving end of bad calls. In the 2004 NCAA tournament, a controversial call cost Baylor the game again. When asked, if anything could be done to limit the bad calls, Kim Mulkey responded:

Huskies’ coach clapped back at journalists as well

The media, however, got a very different reaction from UConn coach Geno Auriemma:
“It is what it is. One time I asked the officials how did Paige end up on the ground with a Baylor player on top of her on a loose ball? He goes: “I don’t know.” That was the answer.”
He went on to emphasize how bad calls at the end of games always receive more attention from the public.

“So, you want to go back and check every call through the entire game? And then add them all up – you don’t do that. That’s the nature of sports. The bottom line is officials did what they’re going to do. I’m not going to sit here and apologize for it. If people are going to talk about it for the rest of the week, you’re welcome to do that. It’s not going to change the outcome. And it’s not going to make me feel bad when you say it was a foul.”

Of course, this controversy has been the cause of a lot of conversation on social media and it can make you think that it was the key to the game. However, if you really look at the game, you’ll realize that the match shifted when DiDi Richards got injured and was kept out of the game. At the time of her exit, Baylor was leading 55-45, but after she was replaced by Sarah Andrews, everything turned around.

UConn took the advantage and went on a 19-0 run, which was enough for them to win the game. The Huskies’ next game will be against third seed Arizona and we are all expecting magic from Paige Bueckers again. 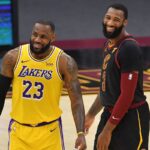