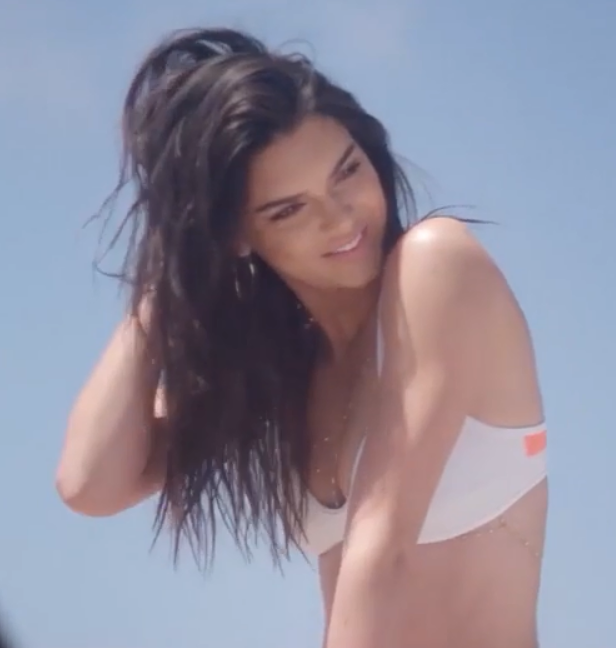 Kendall Jenner is constantly trying to shore up her protection. This is due to the alarming and possibly deadly circumstances. The model and reality star is reportedly dealing with several stalkers who violate her privacy.

According to TMZ, Jenner went to court on Monday, March 29. She wanted to seek a restraining order against a man named Malik Browder. Last week, the guy with whom Jenner claims she has no relationship allegedly traveled across the country to her home as part of a plot to murder her. Browder planned to buy a gun to shoot Jenner and then kill himself. According to documents shared with TMZ by the Los Angeles Police Department.

The defendant is currently in a local psychiatric ward on a temporary psychiatric hold. But Jenner issued an emergency restraining order because he will be free soon. The judge has granted her appeal. Browder will now stay at least 100 yards away from the Keeping Up with the Kardashians star.

Kendall Has Experienced This Before

This isn’t Jenner’s first terrifying brush with a stalker; this is the second time she’s encountered a privacy attack in the last week. A different man allegedly entered her property early Sunday morning, banging on her windows and calling her name. Jenner was at home, but the trespasser couldn’t locate her because her security team had her securely concealed inside the house. The man even attempted to skinny dip in her pool at one point before being apprehended by the LAPD and charged with misdemeanor trespassing.

The risky experiences come after a series of similar events over the years. Kendall filed a five-year restraining order against a man named John Ford in 2018 after the stalker repeatedly trespassed on her property over several months. Kendall Jenner also took the stand in 2016 to testify against Shavaughn McKenzie, a man who had stalked her home on many occasions before a particularly frightening face-to-face confrontation in her mansion’s driveway.

The Kardashian Star, who also suffers from anxiety, is said to be in a state of heightened emotional distress due to the recent violations. Jenner has recruited more armed guards and is considering moving to a new home to ensure that she is protected from any current or potential attacks.

Kendall Jenner Has Abandoned Her Home

Kendall, according to reports, has relocated to a safer location with armed guards. She has no plans to return to her house. Following a series of break-ins at her former West Hollywood home in 2017, it’s unknown whether she’ll sell the multi-million dollar mansion she bought not long ago.

A male intruder allegedly invaded Kendall’s house, located in a well-secured Beverly Hills neighborhood, in the early hours of March 28 and began allegedly knocking on her windows. The latter is said to have happened before the man stripped off his clothes. Then he went for a naked swim in her pool. Kendall’s hefty protection was on the property at the time, according to TMZ, and the model, who did not come into contact with the intruder, was secure.

Although the LAPD confirmed that a 27-year-old man was arrested for trespassing on March 28 at 2 a.m. in Beverly Hills, they could not confirm the homeowner or whether the victim was Kendall Jenner.

Being a celebrity has its perks, but stars like Kendall Jenner are always in the eyes of such psycho people. In the past, we have seen such cases with other celebrities. Such psychos can go to any extent to fulfill their desires; that is why the star isn’t taking any chances. She will be guarded very well from now on, giving the trespasser no chance to tease her.

Kris Jenner was called out on Twitter by Kendall Jenner after the momager claimed to post a “pregnancy announcement.”

Kris Jenner took to Twitter on March 25 to give her daughter Kendall Jenner some positive energy.

“You got this!!!” wrote the mother of six, along with a baby bottle emoji. Naturally, fans thought they were getting the inside scoop on a new Jenner baby on the way. But Kendall stepped in with a tweet that read, “Mom, this looks like a pregnancy announcement!”

So, what was the source of the bafflement? For those who haven’t seen the latest episode of Keeping Up with the Kardashians, the 25-year-old model babysat her older sisters Khloe Kardashian and Kim Kardashian. So they could have a girls’ night at their Malibu vacation home, which Kris was watching last night.

Fans, unsurprisingly, were entertained by the brief miscommunication involving the misplaced baby bottle emoji. “I thought Kendall was pregnant for a second, but then I found out she’s a nanny. My god, I almost died,” one fan wrote. Another person joked, “Kendall, haha, Moms are like that; they love you but still embarrass you, even when you’re an adult.”

For those who missed the KUWTK show, the girls’ night was Kris’ idea after realizing Kim was going through a lot with Kanye West.

During the episode, Khloe said, “A lot is going on in the media right now, and Kim is going through a hard time.”

“Internally, she’s struggling with a lot. I think my mother’s plan to make Kim laugh is a brilliant one.”As fans might know, Kim filed for divorce from Kanye in February after six years of marriage.