Gotham Knights is an action role-playing game set to release sometime in 2022. This upcoming title will be based on the DC Comics character Batman along with his supporting characters. The game is currently being developed by WB Games Montréal and is to be published by Warner Bros. Interactive Entertainment. It will be playable across multiple platforms including Microsoft Windows (PC), PlayStation 4, PlayStation 5, Xbox One, Xbox Series X and Xbox Series S. It was first revealed to fans worldwide at the DC FanDome held back in August 2020. Director Patrick Redding and Producer Fleur Marty will be the major heads leading the project. The game will be playable on both Single player mode and Multiplayer mode.

The story is set in a period of continued decline for Gotham City, following Batman’s supposed death. Players now get to play as Batman’s former partners and students, continuing the legacy of the Dark Knight are Nightwing, Batgirl, Robin and Red Hood. All of them had gone their separate ways but must now come together and work as a team once more to restore order and justice to Gotham city, which is currently falling into pure chaos. It is stated that at some point of the game, the playable heroes will enter into a big conflict with the Court of Owls, a top secret criminal society that is as old as Gotham itself. They are up against an entire legion of brainwashed assassins called Talons, who will prove to be deadly adversaries.

The gameplay of Gotham Knights is built as a pure action role-playing game centred in an Open World Gotham City. The four main playable characters are Batman’s former proteges; Nightwing, Batgirl, Robin and Red Hood. Each of them feature unique play styles and abilities. For example, Robin is capable of teleporting via the Justice League’s satellite. The multiplayer mode is exclusively a two-player cooperative mode, which allows the second player to drop in and out at any time without affecting the first player. Players can level up their characters as they wish, but doing so will automatically level up enemies as well. An added feature is the Batcycle, which can be used to explore the city.

Following the supposed death of Batman (voiced by Michael Antonakos) and Police Commissioner James Gordon, crime has begun rising at an alarming rate in Gotham City. Dick Grayson (Nightwing voiced by Christopher Sean), Barbara Gordon (Batgirl voiced by America Young), Tim Drake (Robin voiced by Sloane Morgan Siegel) and Jason Todd (Red Hood voiced by Stephen Oyoung) are determined to continue their master’s legacy by protecting Gotham after receiving a pre-recorded message from Batman himself. Other than the Court of Owls, players will come across multiple supervillains including Mr.Freeze. To help the young heroes are a supporting cast of characters including Bruce Wayne’s former butler Alfred Pennyworth (voiced by Gildart Jackson) and Police Captain Renee Montoya, who is one of the few honest cops left in Gotham City. 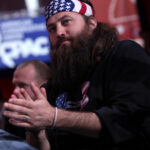 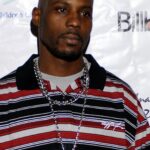