Ratchet & Clank: Rift Apart is an up-and-coming third-person shooter platform game exclusively set to be released for the PlayStation 5 platform. It is developed by Insomniac Games, Inc. and published by Sony Interactive Entertainment (SIE). It is the sequel to the Ratchet & Clank: Into the Nexus title, the canonical continuation at that. It will be an exclusively single-player game set to release on 11th June 2021.

Directors Marcus Smith and Mike Daly and Writer Sam Maggs are the biggest heads beyond this instalment of the Ratchet & Clank video game series. This series mainly falls under the Action Platformer and Third-person Shooter genres of games. Platform games are simply called “Jump ‘n’ run”, a subgenre of Action games in which the main objective is to move the player’s character between points in a certain rendered environment. Third-person shooter (TPS) games are a subgenre of 3D shooter games in which the gameplay mainly consists of shooting. It is very closely related to first-person shooter (FPS) games, but the key difference is that the player’s character is visible on-screen during play.

The studio has claimed that this game will be branded as a stand-alone adventure, hoping to appeal mainly to the new players of the series. Even so, veteran players of the series will not be left disappointed due to the developers’ persistent efforts.  Ratchet & Clank: Rift Apart was announced to the public at the PlayStation 5 reveal event held back in June 2020.

This instalment of the series will explore the story of Ratchet & Clank, the titular character duo of the series. The pair is set to traverse across worlds in a multitude of realities, all in order to halt the advance of a Villainous Emperor. This antagonist plans to exploit the catastrophic dimensional collapse caused by a malfunctioning device with the grim goal of initiating a plan to exterminate organic life in all universes. Ratchet & Clank will advance across rifts to stop this villain at all costs!

The gameplay is largely similar to Ratchet & Clank (2016) and other entries in the original series. Protagonist Ratchet is the main playable character and he is closely accompanied by his friend and robotic sidekick Clank, whom he carries on his back. The other playable character is a female Lombax. Players will get to navigate Ratchet across diverse environments along a number of levels, while defeating enemies using an array of weaponry and gadgets. In addition, they must traverse a multitude of obstacles to complete each key mission objective.

This game will also introduce the concept of real-time near instantaneous travel between various areas, planets and other worlds within gameplay scenes, utilizing a system of inter-dimensional portals. A new mechanic termed the Rift Tether brings this into play, which pulls Ratchet from one side of the portal to another, facilitating the travel functionality with ease. This is all made possible thanks to the PlayStation 5’s Dualsense controller, Tempest Engine and dedicated ray tracing hardware which allow for advanced haptic feedback, 3D spatial audio and real-time ray tracing effects.

Join Ratchet and Clank in this latest instalment as they traverse across worlds and overcome the rifts in the most entertaining way yet! 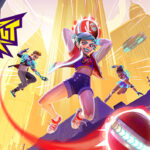 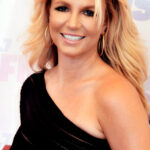