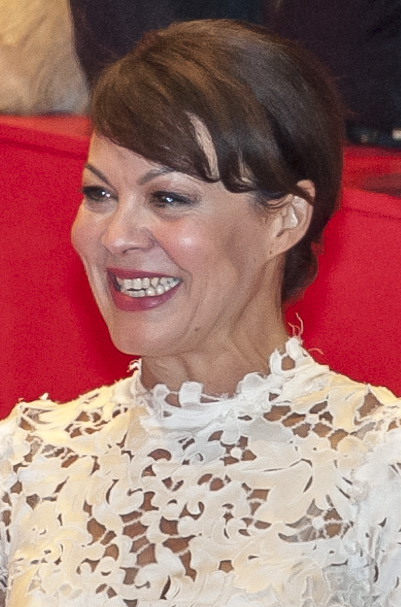 Nicole Kidman (from behind), Damian Lewis and his wife Helen McCrory Premiere of the movie "Queen Of The Desert"

Helen McCrory, an English actress who starred in three Harry Potter films and The Queen, Peaky Blinders, and Skyfall, has died. She was 52 years old at the time.

Damian Lewis, her husband, announced the news on Friday.

“Heartbroken to announce that after a heroic battle with cancer, the beautiful and might woman that is Helen McCrory has died peacefully at home, surrounded by a wave of love from friends and family,” he posted on Twitter. “She died as she lived. Fearlessly. God, we love her and know how lucky we are to have had her in our lives. She blazed so brightly. Go now, Little One, into the air, and thank you.”

Since the 1990s, McCrory has been a fixture on stage, TV, and film (her first film appearance was in 1992’s Interview with a Vampire). Still, she first rose to prominence in the United Kingdom theatre, winning a London Evening Standard award for best actress in 2002 for Chekhov’s Uncle Vanya and an Olivier Award nomination in 2006 for As You Like It.

Following roles in Charlotte Gray and Casanova, her film career reached a pinnacle with her portrayal of Cherie Blair in Steven Frear’s royal biopic The Queen, for which she earned a London Critics’ Circle nomination for best-supporting actress in 2006. In the 2010 sequel, The Special Relationship, she reprised her part.

McCrory was supposed to play Bellatrix Lestrange in Harry Potter and the Order of the Phoenix in 2007, but she had to drop out due to her first pregnancy (the role went to Helena Bonham Carter). In Harry Potter and the Half-Blood Prince, she was cast as Bellatrix’s sister Narcissa Malfoy, and she also appeared in the final two films in the series, both parts of Harry Potter and the Deathly Hallows. Other notable films include Skyfall, portraying a British MP, Hugo, French actress Mama Jeanne, and A Little Chaos, directed by Alan Rickman.

McCrory was cast in one of her most well-known roles, Shelby family matriarch Polly Gray, in Peaky Blinders in 2013 and has since appeared in all five seasons of Steven Knight’s hit crime drama. She most recently starred alongside Hugh Laurie in the BBC thriller Roadkill and as a prosecutor in the hit ITV miniseries Quiz, which was based on the 2001 controversy involving the UK’s Who Wants to Be a Millionaire TV competition.

Just a few weeks before her death at the age of 52, the Peaky Blinders actress told “very, very few people” about her illness and continued her charity work.

Ms. McCrory didn’t want her disease to overshadow her family or professional life, according to Carrie Cracknell, who directed her in-state production of Medea.

“Helen preferred to be very private about her condition, and I understand why,” Ms. Cracknell said on the BBC’s Today programme. When you live in the public eye, you have to find a way to keep the uniquely your things secure. Just a few people heard, and I only found out because we were trying to move a show to Broadway, which had to be canceled due to her treatment. We had been sworn to secrecy. Her need to be completely present and dedicated, as well as to take things seriously, such as her family and charitable work, determined her last few years as much as ever.”

Ms. Cracknell went on to say that the Harry Potter star faced cancer “with an exceptional degree of courage and humor.”

She described it as “a truly amazing thing.”

Just six weeks before her death, Ms. McCrory appeared on Good Morning Britain with her husband Damian Lewis to support the Prince’s Trust.

Due to her “croaky speech,” concerned presenter Kate Garraway asked Ms. McCrory if she was “all right.”

Mr. Lewis took over speaking for the pair shortly after the exchange.

Mr. Lewis announced on Friday that his wife had passed away peacefully at home.

The English Star Had A Critically Acclaimed Stage Career

Ms. McCrory, who received an OBE for services to acting in 2017, was best known for her appearance as the formidable matriarch Polly in the crime drama Peaky Blinders. Still, she also had a critically acclaimed stage career, receiving awards for Medea and Terence Rattigan’s post-war drama The Deep Blue Sea at the National Theatre.

Cillian Murphy, her Peaky Blinders co-star, paid tribute, saying, “I am broken-hearted to lose such a dear friend.”

Helen was a lovely, loving, funny, and compassionate person, as well as a gifted actor who was courageous and magnificent. Every scene, every character she played, was elevated and rendered humane by her presence. It was an honor to work with this brilliant woman and share so many laughs with her over the years. “I will miss my pal dearly. Damian and her family are in my thoughts and prayers.” 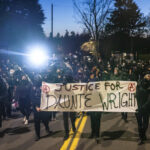 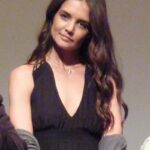