Katie Holmes celebrated her daughter Suri Cruise’s 15th birthday with a series of throwback pictures and a sweet note.

Suri Cruise turned 15 on April 18, and her mother, Katie Holmes, shared some love for her only child on Instagram. She wrote, “Happy 15th birthday, Sweetheart!  I love you!!!!!!! I can’t believe you’re already 15!” Katie also included two hearts and a kissing face in her emojis. She also posted a gallery of Suri images from the past, including two pictures of herself embracing her daughter.

Suri is Katie’s daughter with Tom Cruise, her ex-husband. Suri was born in April 2006, after the couple had been dating for less than two months. Katie and Tom married in November of that year, but they divorced six years later, in June 2012. She was awarded custody of Suri in the divorce settlement, which was reached in just ten days.

Katie Holmes And Suri Cruise Live Together In New York

The mother and daughter pair share a home in New York City and are extremely close. In New York, they’ve often seen shopping, dining, and hanging out with Suri’s peers. Meanwhile, Tom hasn’t been seen with Suri in public since 2013, and the nature of their relationship is unknown to the general public.

Suri has grown up in the spotlight due to her popular parents, but she has managed to live a relatively normal life for a celebrity girl. Of course, she can thank her mother for that. In a 2019 interview, Katie gushed about her relationship with Suri, saying, “It’s been great that our ages match.” “How can I phrase this? My child’s age and my age at the time have always been a good match. We grew up together in a way.”

Suri was born to Katie when she was 27 years old. Tom Cruise already had two adopted children from his marriage to Nicole Kidman, Connor Cruise, and Isabella Cruise. Connor and Isabella, including Tom, are also Scientologists, while Katie, Suri, and Nicole aren’t.

Katie Holmes will star in a film as Jill Wine-Banks, a Chicago prosecutor who assisted in the prosecution of the Watergate case.

According to Deadline, the Star of “Dawson’s Creek” has optioned Wine-Banks’ 2020 autobiography, “The Watergate Girl: My Fight for Truth and Justice Against a Criminal President,” and plans to produce and star in a big-screen film about the misogyny and abuse she faced during the high-stakes scandal.

In a tweet, Holmes said, “I was drawn to this story because it is as important today as it was then.” “Women are continually attempting to smash through the glass ceiling in the male workplace, and this woman was instrumental in reshaping the Watergate trial on her own. These powerful female characters inspire me all the time, and it’s a world I’ll never tire of exploring.”

Wine-Banks went to work for the Justice Department after graduating from the old Niles East High School in Skokie, the University of Illinois, and Columbia Law School. He was one of three Watergate assistant special prosecutors. She currently works as a legal analyst for MSNBC in Chicago.

Wine-Banks said, “I’m thrilled to be working with Katie Holmes, and I’m both proud and humbled to have my experience as the only woman on the Watergate trial team shared on the big screen.”

Earlier In March, The Rumor That Katie Holmes Is Secretly Dating Justin Theroux Was Debunked

After her split from Jamie Foxx, rumor started to circulate that Katie Holmes was dating Jennifer Aniston’s ex, Justin Theroux.

Last year, Katie Holmes was romantically related to Justin Theroux. Check out what Gossip Cop discovered after investigating the story.

After her divorce from Jamie Foxx, Katie Holmes was single last year. According to an article in Woman’s Day, she and Jennifer Aniston’s ex-husband Justin Theroux are dating.

An unnamed insider told the tabloid that Holmes and Theroux were getting together and talking about their love for their hometown of New York. The two are both said to love sharing their favorite hangout spots.

The outlet also alleged that Tom Cruise’s ex-girlfriend and Jennifer Aniston’s ex-boyfriend had been creeping around the city “inconspicuously” because they couldn’t do so in Los Angeles, according to the tipster.

Theroux and Holmes’ secret date continued on Woman’s Day, with Theroux saying they went to her favorite bookstore, and he took her to a friend’s art show.

The source claimed, “That was a big move and a clear indication that this is something urgent.”

It wasn’t the first time Justin Theroux and Katie Holmes were romantically related, according to Gossip Cop. Some believe that they were together in 2019, with Star saying they met up in a New York City restaurant for a top-secret meeting. The encounter was said to be their ultimate first date.

The burgeoning relationship was a ruse to get even with their ex-boyfriends, Jamie Foxx and Jennifer Aniston. According to the rumor-busting website, Holmes has been dating chef Emilio Vitolo Jr. Meanwhile, Theroux was seen with Lauren Norvelle, an actress.

The tabloids finally welcomed the couple, but not before they created a lot of drama between them. Holmes is said to have desired a child with Vitolo Jr. 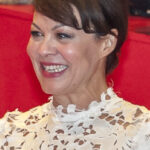 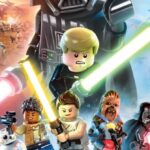