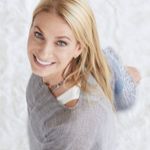 Heather Thomson is spilling the beans on her shocking return to ‘RHONY’ and why it was cut short.

Heather Thomson, 51, said on the Friends of Dorothy podcast about her return to The Real Housewives of New York City, “I get assaulted this season.” “The show has gone through a number of changes, including cracking the fourth wall.”

From seasons 5-7, Heather was a full-time Housewife on the show. Since then she’s been in and out of the show, but she was expected to make a complete return in Season 13. Unfortunately, as recent news and social media posts have shown, Leah McSweeney was chased away after a “messy” conversation.

“People were involved in pulling me down and demonstrating who the queen bee is. I simply don’t have time for that. Heather explained, “It’s the new girl who was intimidated and tried to prove who was the queen bee.” She didn’t say who “assaulted” her, but the writing on the wall seems to be on the wall.

According to a source previously told Us Weekly, “Heather’s common experience with the old cast and the excitement about new cast member Eboni K. Williams inspired production to maneuver [Heather’s] return.” “Leah and Heather butted heads shortly after she arrived. Heather could tell Leah was acting up for the cameras, using demeaning and exploitative behavior that, to be honest, crossed a line. Heather didn’t want anything to do with Leah, so after she left that weekend, she had no desire to continue the season and stopped filming.”

Leah Discussed Her Feud With Heather In An Instagram Story

Leah appeared to discuss her feud with Heather in a since-deleted Instagram story in March. It was after it was claimed that she “chased” Heather away from the show. She said, “I don’t like women who shame other women.” “Present yourself as morally superior to other women. Some women are put off by plastic surgery. When you hear of other women taking drugs, you know they’ve done it as well. Finally, I dislike it when white women refer to black women as “articulate.” She wrote, “Particularly when acting like the queen of wokeness.”

Heather also disclosed on the Friends Of Dorothy podcast that she had an argument with her former costars Luann de Lesseps, Ramona Singer, and Sonja Morgan while filming the new season. “My podcast is mentioned on the show, but it is completely out of context.”

The Real Housewives of New York City’s Leah McSweeney is back for her second season. In season 12, the breakout star was an immediate success with audiences. Because she was able to blend in with the cast. McSweeney is back in season 13, and she’s more vocal than ever. She recently discussed her on-again, off-again relationship with Heather Thomson, which reportedly led to her leaving the show.

Thomson was a full-time cast member on Real Housewives of New York City from seasons 5 to 8. Fans have been begging her to return to the franchise since she left. She made an appearance in season 12, and Bravo eventually persuaded her to become a “pal of” in season 13. Her second stint as a housewife, however, seemed to be short-lived.

When the season 13 trailer was launched, viewers were drawn to a scene involving Thomson and McSweeney. According to a source, Thomson was fired from the show because of her feud with McSweeney.

“Heather could see Leah was acting up for the cameras and using behavior she thought was demeaning and exploitative, and frankly, it crossed a line,” the source told Us Weekly. “She didn’t want anything to do with Leah, so after she left that weekend, she had little interest in continuing the season and stopped filming.”

Heather Thomson And McSweeney Did Not Get Along

McSweeney would later deny that she was the one who “bullied” Thomson off the show. On Tuesday, April 27, McSweeney was a guest on the Chick in the Office podcast. She goes on to discuss the ordeal with Thomson in the episode. She even claimed that it was her camp that leaked the story to the publication.

“You know, I’m not sure… I’m not sure who… Most definitely [she] planted a story in US Weekly, which is why I’ll never speak to them again, alleging that I pushed her off the show, or did something and that I was exploitative…,” the reality star said.

Things got hot, but the Married to the Mob founder said she tried to remain cool while the cameras were rolling. Finally, McSweeney claims she didn’t get along with Thomson because of her personality.

“I’m trying to remain sane in front of the cameras, so people don’t realize how poor sh*t I’m in… To be frank, she’s fortunate the cameras were there (laughing),” McSweeney added. “Sometimes, you simply don’t get along with those people. She’s just one of those ladies who say, “You shouldn’t do this, and I know everything.” That doesn’t sit well with me; it’s not my cup of tea.”

Leah McSweeney revealed that her grandmother “was passing away” at the time she was filming the show and that she “would’ve been in a little different mood” in different circumstances.

Season 13 of The Real Housewives of New York City premieres on Bravo on May 4 at 9 p.m. ET. So, don’t miss out on all the fun. 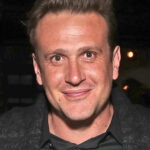