You might be one of those who have experienced chills at night after watching one of The Conjuring installments. This year, on June 2021 will be the release of its 3rd installment The Conjuring: The Devil Made Me Do It. What made the film terrifying just the same as the way the title sounds is that its story is based on a real murder case.

The United States encountered for the first time in year 1981 a murder case where the defendant claimed to be possessed by a devil. Arne Cheyenne Johnson the defendant, who was convicted for killing his landlord Alan Bono after an intense fight. Arne served 5 years of imprisonment of a 10-20 years sentence.

The case gained media attention and the question surrounding Arne’s story’s authenticity still hangs up to this day.

How the devil’s possession started

Arne was not the first one to be possessed but the 11-year old David Glatzel. David claimed to have seen an old man who sometimes shows himself as a beast. It tortured David at night and causing him to do strange behaviors. The event happened in a rental property acquired by the family. When the family realized the evil that is happening to David, they discontinued renting the place.

It was unexpected that after the exorcism conducted to David, the devil seemed to have found its new host in the person of Arne. He started displaying the same strange behaviors such as growling like an animal and speaking using other voices. Arne claimed that it was the devil that made him stab Alan Bono, his landlord using a 5 inches pocket knife. The stabs were directed to Alan’s chest that caused his death.

The media attention to “Devil Made Me Do It” case is now reviving due to the upcoming release of The Conjuring 3. Even though judge Robert Callahan rejected the plea of not guilty by demonic possession, we can all wait for the movie and make our verdict. 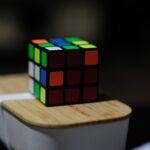 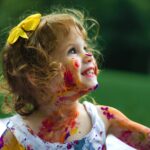