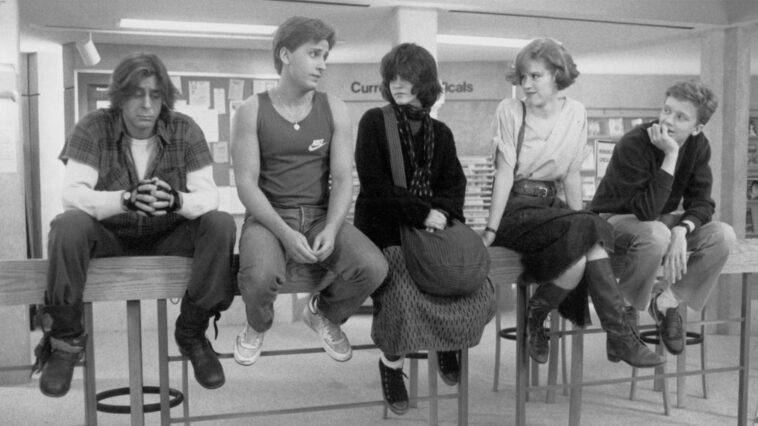 The 80s are an unsurpassed time. Their fashion, movies, and music are something that has left a big mark in the past. Probably all of us at some point in our lives wanted to live the life of a teenager from the eighties and enjoy that irreversible vibe. What are the top 5 movies from those iconic years?

Five, seemingly completely different high school students, spend Saturday morning in the school library to serve the sentence they received for various reasons. This time they spent together they realized that in fact, they were not as different as they thought. The topic of adolescence is addressed and the education system is criticized. This film may not be dynamic, but it is the emphasis on the characters and their thoughts. A very famous film from this era, which may have marked the eighties.

During a visit to Earth, a group of aliens is accidentally discovered by humans. In that panic, the newcomers to Earth escape to their ship and leave Earth, but, they forget about the little alien, who then finds himself completely alone, left, far from his house. This film is about an unusual friendship between a boy and an alien. This movie has been around for years and will never get boring.

This story is unfamiliar, fairytale, romantic, and danceable. A combination of a bad guy and a good and nice girl, whose love story begins with dance. Hypnotized by the free movements of the “dirty dance” Baby soon becomes Jonny’s best student – in dance and love. The first dance. The first love. The best time of your life. This movie is something that everyone has to watch, which is a classic but will never go out of fashion!

“Die Hard” is the first in a series of the same title in which Bruce Willis plays police officer John McClane who always finds himself in dangerous situations. With masterful directing and an excellent script in which the tension is imbued with humor and the characters are well thought out. Bruce Willis is credited with the planetary popularity of this series. This is a classic that you must see because its story knocks viewers off their feet from year to year.

This movie is for you who love horror movies. During the winter, the family takes on the role of guardian of an eerily empty hotel. The evil that is present overwhelms the father while the son sees horrible images from the past. The director finally got around to making a proper thriller, he paradoxically produced the ultimate comic satire on the American family. to this day people return to him. Essential. 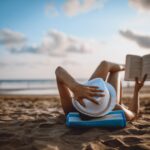 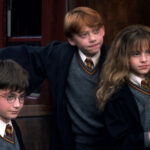