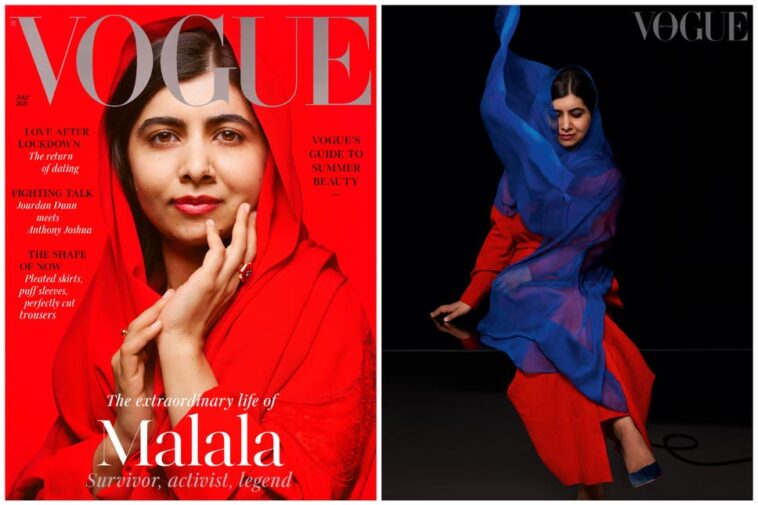 Malala, who was shot by the Taliban after campaigning for girls’ education, is dressed in a “forest-friendly” viscose and lace shirt and headscarf by Stella McCartney on the cover. The magazine shared a photo with the words “The extraordinary life of Malala. Survivor, activist, legend” at the bottom.

Yousafzai became the youngest Nobel Prize winner at the age of only seventeen. She also talked about her friendship with other young activists, some of whom are Greta Thunberg and Emma Gonzalez. “I know the power that a young girl carries in her heart,” she is quoted as saying.

In her next look in the magazine, she wore a red linen shirtdress and trousers by Gabriela Hearst and a blue headscarf by Charvet. This combination attracted attention and left a great impression on everyone. In the interview, Yousafzai described her headscarf as a “cultural symbol for us Pashtuns,” referring to the predominantly Sunni Muslim ethnic group to which she belongs.

Her looks were styled by Kate Phelan

All of her looks were styled by Kate Phelan. She wrote on her Instagram: “What an amazing young woman at 23; she continues to fight for every woman’s right to learn everywhere in the world… What a privilege, thank you Malala. These looks were photographed by Nick Knight who said he was very proud to have taken pictures with her.

British Vogue Editor-in-Chief Edward Enninful shared a long note on Instagram that caught the attention of many.

“When it comes to people I admire, Malala Yousafzai is right at the top. At 23, the world’s most famous university graduate has already lived so many lives. Activist, author, tireless campaigner for girls, education, daughter, sister, student, and survivor,” he said.

He emphasized how she had always given a “voice to girls denied the right to learn.” Finally, he added that new side to Malala is revealed, thus inviting everyone to read her interview in full. 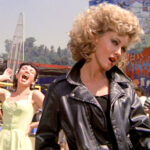 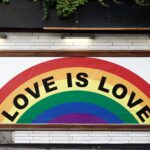