Unfortunately, due to the EURO 2020 virus pandemic, it could not take place. Finally, this year, on June 11, the European Championship will start and we will be able to enjoy the wonderful game, results, goals, and the beauty of the football players on the field. What are the 10 most attractive soccer players we singled out?

Did someone turn on the oven? Leon Goretezka ignites everyone around him with his attractiveness. He is a German professional footballer. He plays as a midfielder for Bayern Munich and the German national team. He joined Bayern in 2018 and won the hearts of the girls much longer than that.

Everyone knows and loves Ronaldo. He is number one for girls all over the world! Famous Ronaldo is a Portuguese footballer, who currently plays for Italian Juventus. He started playing soccer at the age of three, and at the age of six when he started school, his love for sports was obvious.

This 22-year-old football player is a real attraction. His blond hair and beautiful face enchant many girls. He is an English footballer who currently plays for the Premier League club, Chelsea. He plays as a midfielder. In 2019, he signed a five-year contract with Chelsea.

Tall, handsome, strong… Who wouldn’t like this famous goalkeeper? Manuel Neuer is a football goalkeeper, currently a member of Bayern Munich and a member of the German national team. As a goalkeeper, he won a lot of trophies and had countless successes. We can say that he also became successful on the beauty scale when it comes to football players.

Ruben really gives us that Portuguese vibe that warms and delights us. He is a professional Portuguese footballer who currently plays in the Premier League for Manchester City and the Portuguese national team as a stopper.

Kylian is too cute, beautiful, and talented – three in one. As a French footballer, he plays for Paris Saint-Germain and the French national team as a striker. He started playing football back in 2004, and then it was immediately known that he would achieve great success. And beauty has never been lacking.

A heartbreaker with his attractiveness, Lucas Hernandez, is a French footballer, who currently plays for Bayern Munich and the French national team. Hernandez played for the younger selections of France in the period from 2012 to 2017; he has close to 30 appearances.

How not lose your mind next to such football players? He is an English footballer who plays for the English national team and Liverpool football club. He usually plays as a middle or right midfielder. He won the Champions League with Liverpool in the 2018/19 season.

Marcos Llorente with his blonde hair is among the top lists of the most beautiful football players. Marcos is a Spanish footballer, who currently plays for Atletico Madrid. With his talent and attractiveness, he attracts the attention of many.

Of these football players, you don’t know who is prettier! Kevin is a German professional footballer, who plays as a goalkeeper, currently playing for Eintracht Frankfurt and the German national football team. 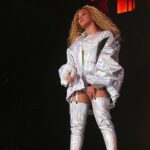 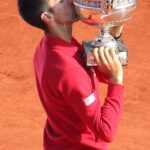