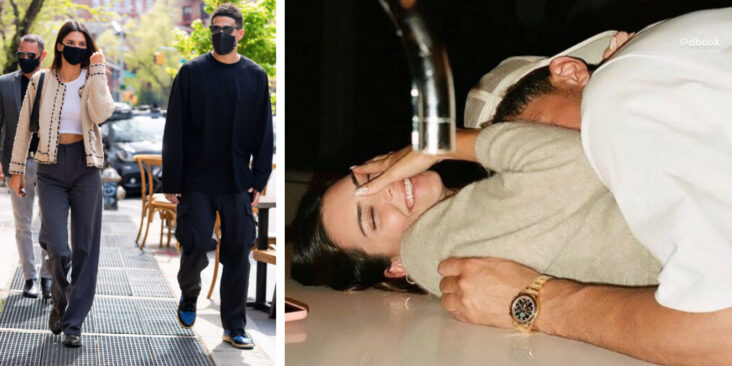 Kendall Jenner and Devin Booker are celebrating one year of their love. They celebrated their anniversary over the weekend and shared wonderful, romantic pictures on their Instagram profiles.

The Keeping Up with the Kardashians star, shared pictures on social media with her boyfriend, an NBA player. In one picture, she hugs him from behind and smiles while playing with the dog. The second picture shows a gentle hug that shows how strong and deep their love is.

Booker posted pictures from their joint trip to Sedona, Ariz, on his Instagram Story. In the pictures he posted were numbers that indicated how much they were together; “365 [days],” “52 [weeks]”. Also, the last thing posted was a shot of a romantic restaurant where they most likely celebrated their anniversary, with the description “1 [year].

Back in April, just two months after they announced their relationship, a source said, “This is the happiest Kendall has been in a relationship. It’s getting more and more serious and she’s very happy.”

“Devin is quiet and not interested in being in the spotlight or a celebrity. She appreciates that about him and is attracted to that. They are really similar and love just being low-key and staying in and laughing together,” the source added.

In April 2020, rumors circulated about their romance. They were spotted riding around together in his Mercedes-Benz Maybach on the way to Sedona, Arizona. The romance continues. They were then seen with her sister Kylie Jenner at the celebrity-favorite restaurant Nobu in Malibu. In September, they went on a trip to Idaho, along with their friends among who were Justin Bieber and Hailey Bieber.

Finally, in February 2021, their relationship became official! On Valentine’s Day she posted a photo of them sharing a humorous and intimate moment on top of a kitchen counter.

They are a cute couple and they just deserve to be happy! Happy anniversary! 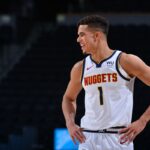