Are you a car lover? Do you like to feel the speed and hear the sound of tires and brakes in a duet? Then you have to watch these movies. On our list are the 5 best car movies of all time. Check it out and fell in love with the cars even more with these movies!

This is an American action movie made in 1966, directed by John Frankenheimer. The protagonists – played by James Garner, Ives Montand, Antonio Sabato, and Brian Bedford – are four Formula 1 driver. The action takes place during one season and shows mutual rivalry and private problems. There is no doubt that this movie is one of the most famous and highest quality car movies ever.

Bullitt is a police officer who needs to protect a key witness in an important case, from being killed by the mob. This movie is ideal for those who love McQueen, love car chases as well as American movies from the seventies.

Smokey and the Bandit

Top stuntman Hal Nidham showed his screenplay for a film about a car-truck chase to Bart Reynolds (Liberation, Striptease), an actor with whom he often collaborated, and he was delighted and decided to play the lead role. Definitely the movie worth your attention.

This is an American franchise that has released many action movies, which have illegal street races and robberies as their theme. The first film was made in 2001, and all the parts became more than dear to the audience. In addition to movies, video games were also made. If you haven’t seen this movie, now is the time. You won’t regret it!

At the beginning of the movie, we meet Carroll Shelby, a uniquely American car designer, and Ken “Bulldog” Miles, a top mechanic and fearless driver. The two of them, due to a combination of circumstances, become the central figures in the conflict between these two world-famous car companies. This movie will definitely steal your attention! 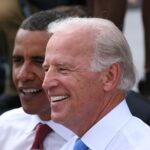 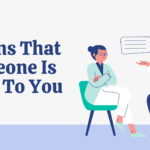